Kurulus Osman Season 2 Episode 38 With Urdu Subtitles You should know that during the siege we seized the property of soldiers, commanders and traders who shed the blood of my Alps . The loot will be distributed to veterans. And we will help the families of martyrs. I heard because the Turks are coming there have been some people fleeing from İnegöl. Now let them know. They can return to their property. They can start their business again. And they can practice their worship freely. Whether in the castle or in the camp. We are always by your side. Other than this, you are entrusted to us. That’s why everyone can get back to work now. Here you go. I’m Osman Bey.

I know you from your father.

My ancestors also knew your ancestors well. I have always heard of your justice and mercy. And I was sure that you too would follow the path of your ancestors . You did not mislead me. On behalf of my people, I am grateful to you. I want you to know that I am grateful. Thank you Pastor Effendi. Thanks. Living with the People of the Book treating them with justice compassion is the Sunnah of our Prophet. We’re trying to walk that way too. And our ancestors respected their religion and their life always. May your heart always be happy. On this land with us you will lead a humane life in peace. Be present, Osman Bey. be present. Thanks.

sir. They sent emissaries from the empire. He wishes to see you.

Let’s see. That’s enough. Welcome. Mr. Osman. I am the shadow of Emperor Andronikos the ambassador Alcis. I respectfully greet you. Thanks. Let’s see what news have you brought from your Emperor? Frankly I was on my way to visit you in your club. Black news. I heard you are in İnegöl. And not as a guest as a host. You got İnegöl. You’re right. Inegol, which was yours yesterday is the property of Islam today. You seem not to be afraid of our Emperor’s wrath. Amazing. There is no problem that cannot be solved through peace. Through peace. What about with Romanos, who went to the highlands and kidnapped the pusatless chicks ? Or with the Tekfurs who raided our wedding, who tried our lives? Say .

Of course the Tekfurlar will not do all this alone, but Just say it.

With whom will we follow the path of peace? Or with the Emperor’s emissary who translated everything? Kosses. I know well that you are preparing an army against me. That’s why there is no other way of peace between us. Now have a good rest. We’ll see you in detail in the evening we’ll tell you our terms. Inegol Castle. Allahu Akbar. Semiallahu limen hamideh. Allahu Akbar. Essalamu Alaikum and Rahmetullah. Essalamu Alaikum and Rahmetullah. Al Fatiha. Hallelujah. Hallelujah. Praise be to our Lord who gave us this conquest who allowed us to stand in His presence in this courtyard . thank you. He who made the earth a mosque for us. Prostrating to Him in every corner of the world and mentioning his name must be the primary goal of every Muslim.

But The Messenger of Allah “Actions are according to their intentions.”

he also ordered. In the language of his purpose woe to the person who has a rightful soul . It is mentioned that there are people who act and appear just for show who are victims of their own egos even those who have no action. .. they are in a lower state. How come my Sheikh? How can I be inferior to someone who has no work? Lying is the biggest sin, Cerkutay. The one who lies with his heart and especially the one who tries to lie to his Lord the end of it is disgrace. This is a riya. It is secret shirk. The Messenger of Allah the first person to be judged against them on the Day of Judgment these are the ones.

Euzubillah Sheikh. We take refuge in our Lord from being like that.

But who are these despicable ones? How do we avoid falling into that state? For example people we know who were martyred on the battlefield. Martyrs ya in the presence of your Lord those who said that I was martyred for you, my Lord who lied to their faces. They are They went out to the battlefield just to show off. They gave their lives not for the sake of the Lord for their own selves. These people are dragged on their faces and sent to hell. 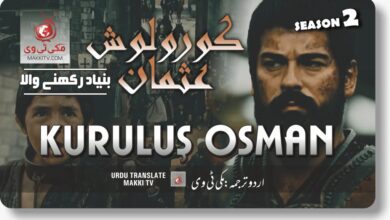