Haci Bayram Veli Series Episode 20 With Urdu Subtitles Mager is also another important issue, sir. Barkin sir . Usman Sahib . Accept condolences . Thanks sir. He has heard that my wife has brought a dog that snatched me from me . Right؟ Malahun. He was humiliated Holy Prophet ؟ Yes, of course. Usman Sahib . I will give my wife a chance to take revenge, yes؟ When the time comes, his blood will be halal. – Be worried -Thank you. He is in humiliating possession, very happy.

You are satisfied, Barkin Sahib My sister will be avenged.

You’re sad, I know . Migrar is about to come to the high . You have to come too. It’s time for revenge, Usman Sahib . Will come. City of Anne Open the door. Open the door. Romanos and his army are coming . Protect the Lord . Welcome The last contingent also arrived. David Asataz ؟ That’s what it looks like. This issWill betray Rome ؟ Will not. Great Roman Spahio . Will the Turks step here ؟ Will not give . Accelerate your soles with a striking, hatred. Cut the head of every Turk.

live the great room . Sardararan. We called the jirga and consulted. The net was laid and attacked. Mager no longer needs any more conversations. Tomorrow we will go on a trip. And Anne will besiege the city . Permission sir؟ Come on, Torahan. The Holy Prophet has come to the ambassador of the Chuban Oghlu tribe . Let’s come . #NAME? Welcome . Fermaine . Absolutely. That’s why I came to Usman Sahib . Ali Sahib sent me, reminding you. Sir, they want to be handed over to his son Mustafa and his Atab assassin,

Torgot Sahib. If not handed over, Ali would face the wrath of Sahib.

Be careful. Spahio. stay. We are aiming for victories . You guys are taking personal calculations . Well, no matter what. Mr. Torgut, the people of this purpose have accepted to sacrifice their lives. Migrar wants no other person to come in the middle. So tell Ali Sahib. I will hand over Mustafa and Torgot Sahib. Sir, can that be done؟ No, wait now . -Boran-Hazor. Go with the ambassador. Which order before. Happy Usman Sahib . The correct decision is made by Usman Sahib. Such issues must be addressed to focus on victories. That’s the decent thing to do, and it should end there. Torgut Sahib,

That’s how Magger will be . Torgot will hand over to the master, get the city of Anne . Sir, what is the plan to attack the city of Anne؟ I will stay with my soldiers, near the city of Anne, at Akbeck. And the rest will join Connor with their soldiers. As soon as we attack, you will follow us . let’s go. Usman Sahib . let’s go. I was going to the tribe of Kalay to convey Ali’s message to you .

Sir, they want to be handed over to his son Mustafa

his Atab assassin, Torgot Sahib. If they don’t hand over, Ali will come including the army . I did not hear . If not handed over, Ali would visit his army. I haven’t heard, Elchi. Usman Sahib, I’m just a messy. Envoy, I will hear if I come to my jirga. What do you want to say, Usman Sahib ؟ Ali Sahib can’t see the truth, the trap has been laid against us. The truth is hidden. This fact will bring everyone to the fore in Magger. That’s why you will do what I would say . My point, in front of everyone,

will have to be presented in my words. Spahio.

Take care of the envoy. Particle equal distress should not be reached. Shabash . How to solve Usman Sahib, tell this problem, I know too . When the time comes, the necessary information will be obtained. Now you will be our guest. What does that mean. Is everything fair we did؟ Usman is the order of the Mr . Getting trust, it doesn’t work easy. Ali Sahib and your people’s relationships are bad, you guys are still blowing fire. This movement will be considered in literaryism.

The original is literary, without listening or knowing,

the order to be given. Usman Sahib, the angry blinded Ali, does not trust him or his envoy . Spahio, get the guests to the tent . Nothing is lacking. His revenge will be very heavy. Those who do not see the truth have heavy curtains on their eyes. And the blind who sees the truth will pay the price without negligence . Shabash. Is Barkin a traitor؟ How above؟ Well, we haven’t been very close. We haven’t seen anything like that for so many years . If there was a traitor like an enemy,

pretty crap to me, Looks like BT aint for me either. He showed any enthusiasm for his arrival. Nor did he express any sorrow over Atab’s death. Why remained silent for so long؟ Good and Salvi. If Barkin had betrayed, Sylvie would have done the same. Did not. Maybe he didn’t know it all. Mager Usman Sahib had doubts about Atab Ahmad. And we all know that Torgot Sahib did not kill him.

That’s exactly it. So who killed him, Barkin was his friend. To go to the enagol of the Torgut Sahib, Barkin was told by Sylvie . Sylvie Spying, yesHow can it be ؟ She was my sister. Looks like it’s without wanting to. 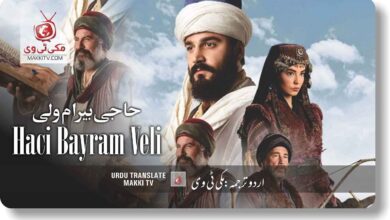